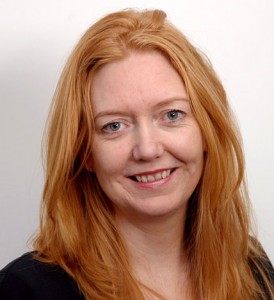 German broadcast group ProSiebenSat.1 has instigated a high-level restructure of its digital division, handing former BSkyB and Lovefilm exec Lesley MacKenzie the CEO role at Maxdome. She replaces the former boss of the SVOD service, Andreas Heyden, who is leaving the company.

The overall ‘digital and adjacent’ unit at ProSieben will continue to be run by Christian Wegner.

Within that, Christof Wahl has been given a new role in charge of the ‘digital entertainment’ division with responsibility for ad- and subscription-VOD and games.

Wahl, who joins ProSieben to take on the new role, was COO and CEO of German cabler Kabel Deutschland between 2003 and 2007 before founding media investment business Management Capital Holding.

ProSieben said the changes were designed to refocus the digital department “on internationalisation and building new segments”.

Other changes include Markan Karajica, 42, currently the chairman of the managing board at ProSiebenSat.1 Digital, being appointed chief commercial officer of the digital and adjacent division and the ProSiebenSat.1 Group.

Lesley MacKenzie will run paid-for VOD services and as such will be CEO of VoD Maxdome. It goes up against Netflix and Vivendi-backed Watchever in the German market and will now come under MacKenzie’s stewardship. She has served stints at Lovefilm (now Amazon) and BSkyB in the UK as well as Star and TV Asia in India.

ProSieben said for Maxdome boss Andreas Heyden is leaving the business “for personal reasons and at his own request”.