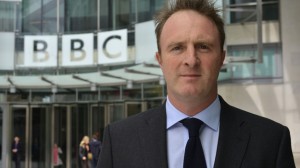 The BBC will look to offer more personalised and location-based news in the future and seek to “inform beyond broadcasting” according to a major new report by the corporation.

The Future of News report, published this week, comes ahead of detailed proposals that will be outlined by BBC News as part of the BBC’s overall case for the renewal of the Royal Charter.

BBC News said in the coming decade it will be forced to make “a handful of big strategic choices,” based on new ideas that will be enabled by the ‘internet age’.

“The kinds of areas we are looking at include working digital products to offer more personalised and location-based news to audiences; developing online widgets to improve understanding of the news; creating ways to engage our audiences in our coverage; and leading innovation in data journalism,” said BBC News in the 47-page report.

BBC News said that over the next 10 years, the majority of people will get the corporation’s news over the web – something that will “change how people get the news, what they expect of it and what they want from the BBC.”

“It will force the BBC to rethink its allocation of resources. It will require us to accelerate investment in digital news services. It will force us to reconsider how we measure what we do. And it will prompt us to weigh how best we reach people – how we change the mix of digital, radio and television services to ensure people can always be in touch with what’s happening,” said BBC News.

It also stressed the need to do more to provide local news that “properly serves all parts of the UK,” citing the devolution and the decline of the regional press, which is creating a “democratic deficit.”

“The BBC needs to consider how it can better serve people in the cities, the regions and the four nations of the whole of the UK,” said director of BBC News and current affairs, James Harding, who commissioned the report.

“This is the most exciting time for journalism since the advent of television. But, more than ever, it’s going to be the job of the news to cut through the noise,” said Harding.

“The BBC must be the place people come for the real story – what really matters, what’s really going on, what it really means. To make this happen, the BBC is going to have to think about how to deliver on its mission to inform beyond broadcasting.”