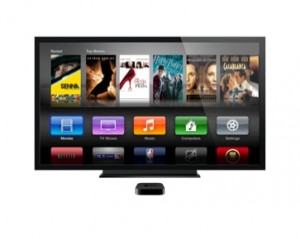 Apple has now sold 25 million units of its Apple TV streaming set-top box, it revealed while announcing bumper results for its fiscal first quarter of 2015.

Asked specifically for an update on Apple TV during the company’s first quarter earnings call, CEO Tim Cook said the product had had a “solid quarter” but would not be drawn on Apple’s future living room aspirations.

“We’ve sold 25 million Apple TVs now, which, at the sake of repeating myself, is something that we continue to look at and work on and [aim to] find a way that we can make even greater contribution than what we’re doing,” said Cook.

Speaking on a US talkshow last September, Cook commented that TV is an area that Apple “continues to look at,” describing today’s television experience as “stuck back in the seventies.”

At the time he said Apple TV had 20 million users and had “exceeded the ‘hobby’ label” that Apple had previously placed on it.

Rumours have circulated for years that Apple has been planning a new set-top box or an Apple branded television set, in a bid to claim a bigger stake of the traditional TV space. However, an announcement or product launch has yet to materialise.

Elsewhere, Apple reported record results for the three months ending December 27, 2014. The Company posted record quarterly revenue of US$74.6 billion (€66 billion) and record quarterly net profit of US$18 billion – the biggest quarterly profit ever made by a public company.

Apple said that the results were fuelled by all-time record revenue from iPhone and Mac sales as well as record performance of the App Store.

First quarter revenue for its ‘other products segment’, which includes Apple TV boxes, iPods, Beats Electronics and Apple-branded and third-party accessories came to US$2.69 billion.