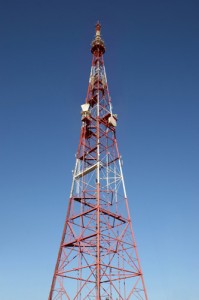 Russia has completed the transition of its digital broadcasting infrastructure to DVB-T2 and closed down the last of its DVB-T transmitters in Moscow, the Moscow region, Kursk and the Kaliningrad region.

Since 2012, Russian state-owned radio and TV broadcasting organisation RTRS has overseen the transition to DVB-T2 in 16 regions where DVB-T services were launched before a decision was taken to migrate to the newer standard.

According to RTRS, the country’s first multiplex is now avaialble to 85.3% of the population via DVB-T2, while the second multiplex can be seen by 48.1%.

Separately, Russia’s cable operators’ association, the ACTR, this week criticised legislation that would force service providers to take signals of ‘must-carry’ channels from RTRS’ transmission network rather than from satellite or other means.

Amendments to the communications bill submitted to the Duma, the Russian legislature, in December, provides for the exclusive distribution of channels in the first and second DTT multiplexes by RTRS. Connecting to the RTRS network will likely in volve considerable additional costs for cable and other service providers.

The amendments also reportedly call for restrictions on the use of collective antennas on apartment blocks, used by service providers to take down and distribute signals.