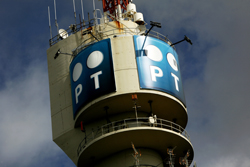 Portugal Telecom’s shareholders have approved the sale of the company’s domestic assets to Altice, the owner of French cable and telecoms giant Numericable-SFR.

The approval of the agreement by a 98% majority of shareholders, despite the opposition of some minority shareholders, paves the way for completion of a deal that will see the Luxembourg-based entity take over the Portuguese telco for €7.4 billion plus an additional €500 million payable to Brazilian shareholder Oi if the group meets certain revenue goals.

Altice CEO Dexter Goei has indicated he would like to see the acquisition completed by mid-year. Altice is reserving 20% of the capital of the company for Portuguese investors, but has indicated that it is not seeking an industrial partner.

The agreement has yet to secure regulatory approval. Altice already owns Portuguese assets including cable operator Cabovisão and it is possible it may have to make concessions to secure a green light.