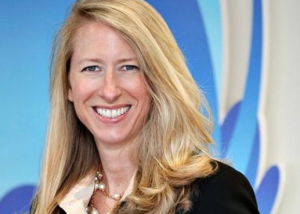 Strong takes up her new role effective January 31 and at the same time will join Liberty Global’s executive management committee. She will report directly to Liberty CEO Mike Fries.

Commenting on the appointment, Fries said that Strong would help to “identify and execute the strategic and operational opportunities that will shape Liberty Global’s success over the next five years” – something he claimed is one of his “highest priorities.”

Strong leaves Virgin Media after 18 months, going out on a record-breaking quarter for subscriber and customer growth in Q4 2014.

Paying tribute to her efforts there, Virgin Media CEO Tom Mockridge said: “She leaves the business with a strong management team, a new operating structure, and a transformed content and bundle offering for our customers. We expect to announce her replacement in the coming weeks.”

Strong joined Liberty Global in 1999 and held a number of roles before becoming Virgin Media COO – including CEO of UPC Ireland and COO of Austar Entertainment in Australia.