Andreae out at Fox, Electus’ Henson in 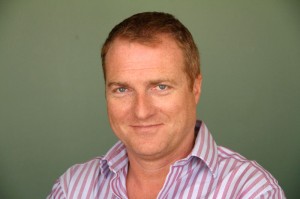 Simon Andreae’s spell at the top of US broadcast network Fox’s reality arm is over, with Electus executive Corie Henson tapped to replace him.

Andreae’s appointment, replacing Mike Darnell, had been controversial as Sony Pictures Television had already announced he was launching a production company, Scarlet Media, at that studio.

At Fox, his tenure was defined on international format deals, with his big-money bet, Talpa Media’s Utopia, falling flat. He also acquired Israeli ‘bomb-defusing’ gameshow Boom from Keshet, and ordered a version of SPT’s Release the Hounds, which was filmed but ultimately didn’t air.

The former Discovery Communications executive will now step down from the studio post and return to the production business with a pod deal at Fox.

At Electus, she helmed shows such as Running Wild with Bear Grylls and the upcoming Breaking Greenville and The Raft. At ABC, she oversaw shows including Dancing with the Stars, Shark Tank and Extreme Makeover. She has also produced unscripted shows for CBS, NBC, Fox affiliate stations and TLC.

“Corie has the perfect combination of broadcast and producing experience to help us move our unscripted brand forward. Seeing the tremendous work that she, Chris Grant and the team at Electus have done, Corie clearly knows what it’s like to be on the creative side of the business, but also has a proven track record of developing and shepherding big, broad network hits,” said Newman and Walden.

“As we look to expand our alternative slate, Corie will play a key role in helping us find and launch the next generation of bold, aspirational and adventurous FOX reality fare.”