Amazon pilots go live in the US, UK and Germany 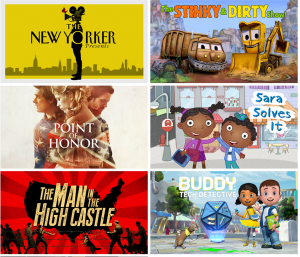 Amazon’s first original pilot season for 2015 has gone live on Amazon Instant Video in the US, UK and Germany.

Amazon has made a slate of 13 original comedy, drama, docuseries and kids shows available to stream, with viewers invited to provide feedback on the programmes they want to see turned into full series.

Amazon has premiered seven drama, comedy and docuseries pilots. These consist of: hour-long shows Cocked, Mad Dogs, Man in the High Castle, and Point of Honor; two half-hour shows Down Dog and Salem Rogers; and a documentary series, The New Yorker Presents, inspired by non-fiction and fiction material from the US publication.

The online retail giant has also made six new kids pilots available: preschool projects Buddy: Tech Detective, Sara Solves It and The Stinky and Dirty Show; an animated show aimed at 6-11 year-olds, Niko and the Sword of Light; and live-action shows targeted at the same age demographic called Table 58 and Just Add Magic.

“We look forward to seeing our customers’ response to the year’s first pilot season. We’re thrilled about these projects and the great talent and passion behind them,” said Roy Price, vice president, Amazon Studios.