Netflix to put streaming stamp of approval on smart TVs 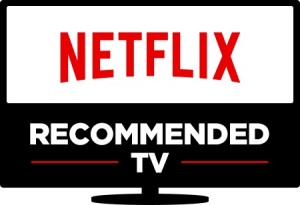 Netflix is partnering with electronics makers to put ‘Netflix Recommended TV’ logos on smart TVs, in a bid to help shoppers choose televisions that are “built for a superior internet TV experience.”

The smart TV evaluation program is designed to identify TVs that will provide an “excellent Netflix experience”, with manufacturers able to highlight products that offer a “superior smart TV performance,” according to the streaming giant.

Launching the scheme at the Consumer Electronics Show in Las Vegas, Netflix said that Sony, LG, Sharp, VIZIO and manufacturers of Roku TVs are expected to be among the first TV makers to deliver models that will receive a ‘Netflix Recommended TV’ logo, from this spring.

Initially designed as a US-based program, Netflix said that global television manufacturers will incorporate many of these features in sets sold worldwide.

Netflix said that the program recognises consumer benefits including turning the TV on instantly, faster app launch and faster resume of video playback.

“As more and more of Sony Bravia TV customers choose streaming to watch movies and TV shows, the Netflix Recommended TV program will point them to some of the innovative features we’re introducing to make internet TV just as easy and intuitive as linear TV,” said Masashi Imamura, president of Sony Visual Products.

William Cho, president and CEO of LG Electronics USA added: “LG’s webOS Smart TVs are designed to make navigating today’s state-of-the-art TV systems fast and simple, so that consumers can spend more time enjoying the content they love. We are thrilled to be part of this program that recognises and communicates the quality of the Netflix experience on smart TVs.”

Separately, Netflix will premiere the latest of its DreamWorks Animation original toon series, The Adventures of Puss in Boots, on January 16.

The series, based on the character introduced in the Shrek movie franchise, will comprise 22 five-minute episodes, with the first five launching this month.

Netflix subs in the US, Canada, Latin America, UK, Ireland, Nordic region, Benelux and France will be able to access episodes. New episodes will then debut throughout the year.

This is the latest example of Netflix deviating from its initial originals launch strategy that released entire series at once to allow for ‘binge-viewing’.

Netflix and DWA entered into a long-term content partnership in 2013, with series such as All Hail King Julien, which spun out of feature film Madagascar, and a reboot of VeggieTales.