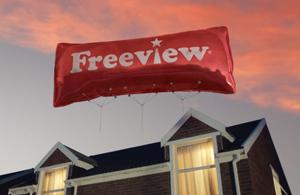 California-based TV maker Seiki will be the first to introduce HD sets featuring the new Freeview Connect TV service in the UK, it announced at the Consumer Electronics Show yesterday.

The company said that it also plans to expand to additional screen sizes by Q4 2015.

“The goal of integrating Freeview Connect to Seiki TVs is to enable universal access to public service broadcasts via connected TVs in the UK market,” said Mickey Cho, general manager at Seiki UK.

“Seiki is proud to be one of the major TV brands working with Digital UK to build and provide Freeview-branded connected TVs. Seiki aims to bring to the market its own unique approach to make the connected TV experience simple and accessible to every TV buyer.”

UK DTT platform Freeview announced in June 2014 that it will launch a new connected TV service in partnership with Digital UK – an organisation owned by the BBC, ITV, Channel 4 and Arqiva.

The connected TV proposition is to be developed and marketed as part of a five-year plan that will see Freeview offer broadcast and on-demand TV, along with “a range of popular catch-up players”.

“The aim will be for manufacturers to launch a new range of connected Freeview HD televisions and boxes which consumers will be able to buy in store. People will be able to watch the service via their TV aerial and current broadband provider without being tied to a contract,” said Freeview and Digital UK last summer.