Samsung smart TVs to be Tizen-based 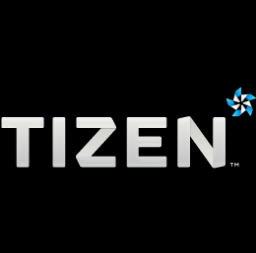 Samsung is to use the Tizen operating system to power its entire range of smart TVs for 2015, the company has revealed.

Samsung said the first Tizen-powered smart TVs will be revealed at the Consumer Electronics Show this week in Las Vegas. The company first revealed plans to use Tizen for TVs in 2013 and last year.

The platform, earlier seen as a way to enable Samsung to compete with Google in the mobile software market, has experienced delays and a shift of focus from Samsung, which has announced plans to target emerging markets with Tizen-powered phones. Last year, Samsung launched a number of Tizen-based digital cameras and smart watches.

Samsung has also redesigned its Smart Hub UI, with the first screen displaying users’ most recent content and tailored recommendations. The Korean consumer electronics giant said it has also optimised four-direction control on its remotes to make them more responsive and had introduced simpler synchronising of content with other devices.

Samsung has highlighted key content partnerships for the new platform, including Samsung Sports Live, allowing users to watch live games while simultaneously checking team and player stats on the same screen, with deals also in place with a number of games companies. In North America Samsung has teamed up with Sony to deliver PlayStation Now, a cloud-streaming game service. Just Dance Now, a dance app, comes to the platform thanks to a partnership with Ubisoft, while Bingo Home: Race to Earth is a new casual game title tie-in with DreamWorks Animation movie Home.

According to Samsung, Tizen, a Linux-based open-source platform, will allow developers to create content for its smart TV platform more easily.

“Building our Smart Platform around Tizen is a groundbreaking step towards a much more intelligent and integrated system,” said Won Jin Lee, Executive Vice President of the Visual Display Business at Samsung Electronics. “Tizen not only enriches the entertainment experience for our customers today, but unlocks great potential for the future in home entertainment.”