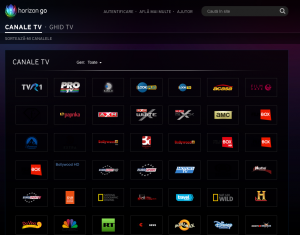 The Romanian unit’s launch of Horizon Go follows its launch in the Czech Republic last month and makes Romania the sixth UPC territory in which the service is available.

In Romania, UPC subscribers will be able to access 58 channels via the app at launch, depending on their level of subscription, with plans to expand the line-up in coming months.

Users will also be able to programme their DVR boxes from mobile devices as well as to watch TV shows directly from the application.

UPC Romania said it had conducted a study earlier this year that showed that 53% of users want to have access to entertainment on any device. According to UPC, tablet and smartphone penetration amounts to about 45%, with about a third of internet users in urban areas using smartphones, and 14% using tablets, to surf the web.

Robert Redeleanu, chief marketing officer of UPC Romania, said that the Horizon Go app would bring greater value to UPC customers in the country, who would henceforth be able to enjoy content outside as well as inside the home.