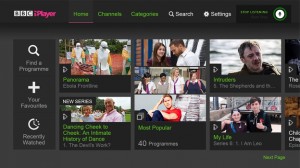 The BBC has launched its iPlayer catch-up service for Xbox One consoles in the UK and has extended the offline-viewing window for content watched on mobile devices.

Viewers accessing the catch-up service from mobiles, tablets as well as computers will now be able to watch downloaded shows offline for a period of 30, instead of seven days.

The update comes after the BBC extended the on-demand catch-up window for streamed TV and radio programmes from the iPlayer from seven to 30 days in October.

“TV is undoubtedly king at Christmas – and the arrival of BBC iPlayer on Xbox One gives viewers even more choice on how they watch. 30 day downloads arrives just in time for those unwrapping new devices, perfect for catching up on the bumper Christmas schedule,” said head of BBC iPlayer, Dan Taylor-Watt.

Victoria Jaye, head of TV content for BBC iPlayer added: “With a huge one in four requests now coming from TV sets, new iPlayer’s popularity is going beyond solo, small screen viewing – it’s also the place to gather round and recreate the magic of shared viewing on BBC One and Two, but at a time that suits your family.”

The BBC said that the iPlayer is now optimised for more than 1,200 devices including mobiles, tablets, computers and connected TVs.