Streaming media devices bought by 10% of US homes in 2014 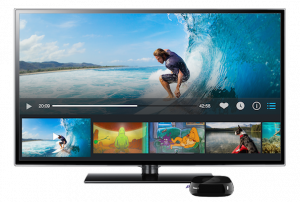 Some 10% of US broadband homes bought a streaming player or stick in the first three quarters of 2014 with Roku retaining its lead of the market, according to Parks Associates.

The research said that Roku accounted for 29% of US streaming device sales, followed by Chromecast with 20%, which overtook Apple TV at 17%. Amazon’s Fire TV took fourth place with 10% of sales.

Overall, Parks said that sales of streaming devices in the first nine months of 2014 had already overtaken full-year 2013 sales.

Last year Roku accounted for 46% of streaming media sales in the US, followed by Apple with 26%. Both have since seen their market share fall since the launch of Chromecast and Fire TV.

“Nearly 50% of video content that US consumers watch on a TV set is non-linear, up from 38% in 2010, and it is already the majority for people 18 to 44,” said Barbara Kraus, director, research, Parks Associates.

“The market is changing rapidly to account for these new digital media habits. Roku now offers a streaming stick, and Amazon’s Fire TV streaming stick leaves Apple as the only top player without a stick product in the streaming media device category.”

“Their low cost will make streaming media devices popular gifts this holiday season, and the race to meet consumer demands for online video will make this product category a very hot topic at the 2015 International CES,” said Kraus.