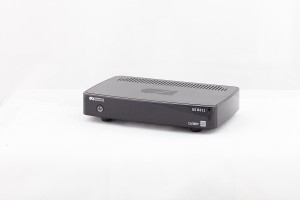 Russian technology company GS Group, the major supplier to pay TV operator Tricolor TV, has released an upgraded digital set-top box, the GS B211, that will be used as part of a trade-in programme of older equipment to enable a shift to HD services.

The GS B211 digital set-top box is powered by a new high power tuner and features an external IR sensor to enable it to be controlled via remote control even upon conditions that the equipment is out of sight, according to GS Group.

The new box is powered by a multi-chip microprocessor, the GS Nanotech SiP Amber S2 that was developed and released by the GS Group in-house R&D department.

Tricolor TV has already begun replacing older boxes with the GS Group-supplied GS B210 device and has already replaced over 600,000 devices since May. The new box will be used to replace older devices from now on. GS Group intends to exchange around 150,000 receivers by the end of the year and about 1.5 million next year.

The trade-in programme is available to all subscribers who live in the footprint of satellites Eutelsat 36A and Eutelsat 36B and use GS MPEG-2 equipment.