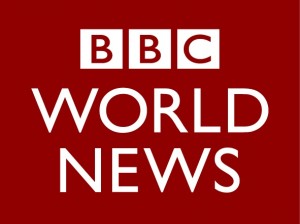 The BBC has said that it will continue to broadcast the BBC World News channel in Russia, despite recent changes to Russian media regulation.

According to a BBC spokesperson, the 24-hour English-language news channel is compliant with both current and future legislative requirements and has both a mass media licence and a universal broadcast licence that are due to last for “a number of years.”

“The BBC is committed to serving its loyal news audiences in Russia, where we broadcast online, in audio and on TV, in both Russian and English,” a BBC spokesperson told DTVE.

“BBC World News operates in over 200 countries and territories. We work with partners in each country to ensure we comply with local requirements.

“In the case of Russia, our licensing is managed on our behalf by a Russian company and is therefore compliant with both current and future legislative requirements.”

The news comes after CNN said earlier this month that it will cease broadcasting in Russia at the end of the year, citing recent changes in Russian media legislation.

In a statement, the network’s parent company Turner International said is was “assessing its distribution options for CNN in Russia” in light of the new regulations and said “we are bringing our existing distribution relationships to an end while we do that.”

Commenting on the move, Russia’s communications ministry denied that the country’s recently passed mass media law would block international news channels. In a statement published by Russian business news agency PRIME, the ministry said: “The law allows foreign news channels to broadcast on the Russian territory, for which legal forms and ways are provided.”

Russian president Vladimir Putin last month signed an amendment to the country’s media law that will limit foreign ownership of media companies in Russia to 20%, down from the current limit of 50%. The legislation will apply to both existing and future foreign ownership and comes into effect in January 2016.

However, separate legislation passed this year will also amend the country’s law on advertising, banning pay TV channels from carrying ads. Under the new rules, all channels that are available exclusively on a pay basis, as well as those that can only be accessed using a TV decoder are included in the ad-ban, with the exception of national state-controlled channels. The law is due to come into effect in January.

BBC World News is owned and operated by BBC Global News Ltd, a member of the BBC’s commercial group of companies and is funded by subscription and advertising revenues.

The channel is the BBC’s biggest television service and broadcasts around the world to an estimated weekly weekly audience of 76 million. It is available globally in more than 380 million homes.