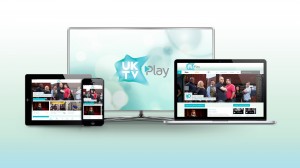 The PC version of the service will also include box sets and collections, including shows such as Dave Gorman Modern Life is Goodish, Ross Noble Freewheeling, Storage Hunters, Lizard Lick Towing, Black Ops, World at War, Raiders of the Lost Art, I Survived Evil, Cold Justice and Ghost Adventures.

The YouView version of UKTV Play will be contained in a dedicated area and will include a seven-day catch-up service for Dave, Yesterday and Really shows.

“We created UKTV Play to give viewers access to UKTV’s fantastic content anytime, anywhere via a single on-demand destination. UKTV’s viewers really embraced the new UKTV Play app when it launched on iOS in the summer and the launch of UKTV Play on PC and YouView marks the next step in growing UKTV’s first fully-digital brand,” said Dan Fahy, director, commercial and business development at UKTV.

David Faulkner, head of business development at YouView said, “It’s great to see UKTV further investing in its on demand TV player, which has been popular with YouView customers for well over a year. UKTV Play gives YouView customers access to a wide range of quality on demand TV programmes via our seven day scroll back guide and within the bespoke player, offering a flexible and easy-to-use TV experience for everyone.”