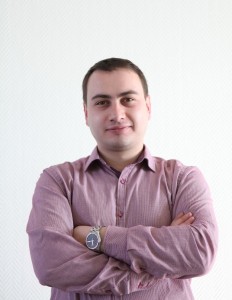 Russian technology firm and set-top maker GS Group is due to launch national DTH satellite TV services in Bangladesh for the first time in the opening half of next year as part of a joint venture.

Discussing the firm’s plans at the GS Summit in St. Petersburg, Russia, GS Group’s head of foreign broadcasting projects, Sergey Dolgopolskiy, said it had struck a deal with Bangladesh-based conglomerate Beximco to offer DTH in the country and said that test broadcasts will commence shortly.

“We hope to have more than 1. 5 million subscribers after five years. But this is a pessimistic figure in my opinion – I think that the market potential is much bigger than this,” said Dolgopolskiy, claiming the launch will mark the first national Bangladesh DTH project to go live in the country.

GS Group holds 45% in the DTH joint venture with Beximco, which has interests in a wide range of industries including textiles, pharmaceuticals, ceramics, real estate and financial services.

GS Group is a technology provider for Russian satellite provider Tricolor and is also increasing its focus on foreign TV opportunities.

In 2012 GS Group launched a digital TV service in Cambodia, called One TV, with local partner Royal Group. The firm also has plans to launch TV services in Pakistan and Myanmar, with more markets under consideration across regions including Africa, Europe and Latin America.