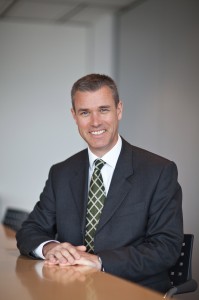 Ofcom has said it will make the 700MHz frequency band that currently forms the bedrock of digital-terrestrial available for mobile broadband applications.

The regulator said the switch would take place by the beginning of 2022 and possibly up to two years earlier, citing the claim that demand for mobile data “could be 45 times higher by 2030 than it is today”.

Ofcom said that only a small minority of digital-terrestrial TV households might need to change their rooftop aerials to continue to receive terrestrial broadcasts after the switch takes place and that this is unlikely to be necessary before 2019.

“This is a crucial next step in the development of the UK’s communications infrastructure. This decision ensures that we are making the raw materials available with which investors and companies can build the services which will support the digital economy of the future,” said Ofcom CEO Ed Richards.

“More spectrum will be available for mobile broadband where demand is especially high, but the UK will retain a competitive terrestrial television platform as well.”

Ofcom said in its statement on the decision that the change would deliver benefits of “at least” £900 million (€1.13 billion) to £1.3 billion, with benefits likely to be “greater the sooner change happens, as earlier access to spectrum will enable mobile network operators to meet consumer demand more efficiently”.

Ofcom said that the 700MHz spectrum was “especially valuable” to mobile because it enabled signals to be transmitted further, including through walls, and because many other countries already use or plan to use the band for mobile data, giving rise to economies of scale.

It estimated that the costs would amount to between £550 million to £660 million as a result of changes to the DTT transmission infrastructure. It estimated the additional opportunity cost to existing users at 17% of the total costs.

The overall cost is higher than Ofcom’s previous estimate of between £470 million to £580 million, thanks to an upward revision in earlier assumptions about the lifespan of DTT consumer reception equipment.

“In the light of our cost benefit analysis, we considerthat change of use of the 700MHz band is in the best interests of UK citizens and consumers and we have therefore decided  to go ahead with the change,” said Ofcom.

Ofcom cited the findings of an Analysis Mason report it commissioned last month to support its analysis of future spectrum demand.

The report admitted that the benefits of reallocation are “somewhat uncertain” but asserted that network cost savings for mobile are likely to have a net present value of between £195 million and £297 million on the assumption that two blocks of 30MHz are made available to mobile broadband.

Benefits from improved coverage, capacity and performance were “less certain”, said Analysis Mason, but were estimated at between £182 million and £658 million.