UPC Hungary to extend cloud-based YouTube to all boxes 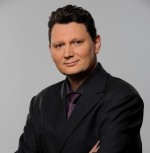 Liberty Global-owned cable operator UPC Hungary is to expand its ActiveVideo-powered cloud-based YouTube app to its entire base of set-tops, having experienced strong take-up from deployment of the platform to its base of HD boxes.

Speaking at the OTTtv World Summit in London this morning, Arpad Jordan, CTO central and eastern Europe, Liberty Global, said that Liberty has had been open to a low-cost way of bridging the gap between legacy technologies and the new Horizon platform in central and eastern Europe, leading UPC in Hungary to turn to ActiveVideo to provide a cloud-based platform for the delivery of advanced services.

“We always had to deal with Deutsche Telekom and a few of the OTT guys as well as global smart TV players bringing lots of applications to the market,” said Jordan. He said the 10 years-old set-tops deployed in Hungary limited the number of services that UPC could provide. Swapping out boxes that are widely deployed was too expensive.

However, UPC’s scale did provide an opportunity to deliver new services via the HDMI connectors on boxes, he said.
The ActiveVideo solution enabled UPC to launch a suite of HTML5 application via the cloud, said Jordan, allowing the operator to overcome memory and CPU restrictions in its boxes.

“Hungary was an optimal product trial field,” he said, with a market characterised by high competition and low ARPU.

“Within six months we have achieved results. We launched on May 20 in 200,000 HD set-tops. We are about to launch in another 250,000 SD boxes, which completes the Hungarian installed base.”

Jordan said that UPC had tapped into the fact that the Hungarian market was already familiar with the smart TV app model.

He said that over 50% of the subscriber base had accessed YouTube via the TV over the first six months and that over 50% of those had become repeat visitors. The average session length is over 45 minutes and one million minutes of YouTube content are watched each day. Jordan said that in recent months use had increased to about 80% of the HD base.

Jordan said that YouTube was popular during the mornings at weekends especially, and viewing declined during TV primetime. “This shows it is complementary to TV,” he said.

In terms of other apps, Jordan said games were less practicable because of the latency on the cloud platform. “OTT remains very interesting and we are looking at that, though I can’t commment on what service or OTT player we would launch next,” he said.

Jordan said that the platform has not been seen as a value added premium service but as something that reinforces the value of the bundle of products offered by UPC.

“It has helped us create more value in our bundle, reduce churn and be different from the competition because no-one else has been able  to do this. To launch with 200,000 set-tops overnight has been a big boost and now, with 250,000 extra, we will have another big boost,” he said.

The service has been rolled out at a fraction of the cost of deploying new boxes, he said. “This has been a very efficient gap filler until we can introduce new boxes,” said Jordan.