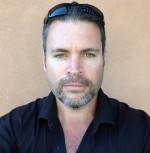 Programmatic buying – the automated buying, selling and delivery of TV ad spots – is growing in importance and is vital to enable service providers to adjust in the growth of multiscreen viewing, according to Jim Theberge, director of advanced advertising, Verizon OnCue, the US telco’s streaming service, speaking at the OTTtv World Summit in London this morning.

Theberge told attendees that programmatic buying is expected to account for 5% of TV ad buying in the US next year, up from 1% this, year.

Programmatic buying, currently mostly carried out in local cable and satellite markets but moving to network TV, which has hitherto been wedded to the annual upfront model, allows advertisers to maximise ad spend efficiency and sellers to manage yields better, particularly as viewing migrates to multiscreen platforms, said Theberge.

“As people shift their viewing habits, understanding that I’m the same person watching a show on TV, iPhone and tablet is very important for advertisers,” he said.

At the moment, views on different devices are generally counted as one individual viewer per device, potentially exaggerating the size of audiences for programmes, but new technologies are emerging to enable advertisers to measure viewership more accurately. Theberge cited the example of technologies from US vendors TapAd and DrawBridge are helping advertisers work out a more accurate picture of viewing habits.

Theberge said this was important for advertisers, who currently may have a distorted picture of viewing figures as a result of over-counting thanks to the number of devices over which content is distributed.

Theberge said there were still issues with programmatic buying, but these were being worked through. “Fraud is something you are always going to deal with but a lot [of concern about programmatic buying] has been centred around visibility. With video that goes away,” he said, citing the example of inventory being sold that was not available immediately without scrolling down a page, for example.

With about 6.5% of US households having cut the cord, dispensing with their pay TV provider in favour of OTT offerings, and cord-cutting having increased by 44% in the last three years, loss of subscribers to OTT is becoming of more concern to US operators, said Theberge.

OTT adoption has increased by 55% in the first quarter of this year, up from 44% last year, he said. As a result, media agency Omnicom has advised marketers to move between 10% and 25% of TV advertising to online video.

The migration of TV consumption to digital platforms has been a huge change for the TV industry, but automated buying and selling of ad inventory could remove inefficiencies, he said.