Half of viewers want to buy goods direct from TV, says Discovery 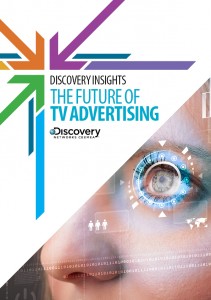 Half of TV viewers in Central and Eastern Europe, the Middle East and Africa look up products online after seeing ads on TV, with the same proportion keen to directly buy goods from the TV, according to new research.

The Future of TV Advertising study, conducted by Discovery Networks CEEMEA in cooperation with the Future Foundation and Research Now, claims that 50% of consumers across the region would like the ability to directly engage with and purchase what they have seen on screen with half interested in a click-through service to buy products directly.

Predicting a ‘personalised’ ad future, the report found that 80% of viewers are interested in being able to skip through ads to choose and view those that are most relevant to them.

Meanwhile, more than 50% of consumers across the region said they are interested in receiving tailored advertising.

“Research shows that viewers clearly understand the funding relationship between advertising and content, and are open to new ad formats. So there are many reasons to be positive about the future of TV advertising, as we see the evolution of a savvy viewing audience who will reward engaging and relevant advertising content, and use the multiple devices at their fingertips to enter even deeper brand conversations,” said Dorota Zurkowska-Bytner, vice-president of ad sales development, Discovery Networks CEEMEA.

According to the research, more than 50% of CEEMEA consumers watch at least three hours of television every day, with one in six watching over five hours per day.

More than 70% of viewers across the region agreed that TV quality would be compromised without advertising. However, CEEMEA consumers would “generally prefer longer, less frequent breaks.”

“Evidence shows that multi-screen lifestyles can actively reinforce rather than dilute TV advertising effectiveness with 50% viewers surveyed having gone online to look up a product or service, having just viewed an advertisement on their television,” according to the study.