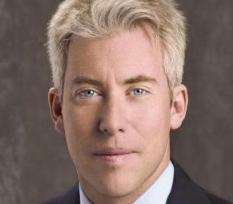 Time Warner is set to make an offer worth A$680 million (€409 million) through its channels arm, Turner Broadcasting System, to acquire troubled Australian broadcaster Network Ten.

Time Warner’s senior VP James Burtson has contacted Ten’s investment bank advisor Citi to express interest over a possible acquisition of the free-to-air network, according to the Australian Financial Review.

A Turner spokesman declined to comment, but Time Warner is understood to keen on expanding its broadcasting assets internationally.

This comes days Ten effectively confirmed it was up for sale by appointing Citi to oversee “strategic options”.

Discovery Communications and Australian pay TV provider Foxtel, which counts News Corp as a co-owner, have been linked with a joint offer for Ten, whose low ratings and profits in recent years have made it ripe for acquisition.

Burston’s letter to Citi said any offer US-based media giant Time Warner made for Ten would come through Turner, which houses channels such as Cartoon Network, TNT, news net CNN and TBS.

“We believe privatisation is the most effective way to achieve the desired return to profitability of Ten,” the letter read.

“Building an international footprint for our networks business is a strategic priority for Turner and we are excited about the opportunity to acquire a strong media asset in an attractive ­geographic market.”

A number of other parties, including the UK’s ITV and former Hulu owner Providence Equity Partners, are said to have expressed interest in Ten, which broadcasts programmes such as The Bachelor Australia.

In related news, Ten has commissioned a local version of FremantleMedia’s Ink franchise, which has to this point spawned Miami Ink, LA Ink and NY Ink.

Production begins in January 2015 ahead of a debut later in the year on Ten. FremantleMedia International will handle worldwide sales (excluding Australia).