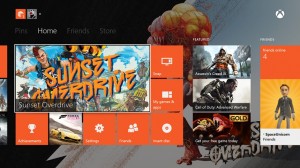 Microsoft is adding new features for social discovery of TV content on its Xbox One console as part of its November updates for the device.

Including in the release is support of Twitter TV Trending, Xbox TV Trending, Live TV Trending, as well as Tweets that will appear in the Xbox One’s ‘MiniGuide’ at the bottom of the screen.

Users will now also be able to Tweet about their favourite game clips, share their location and bio as part of their profile and customise the background colour of their console.

The latest update comes after Microsoft announced and started to roll out more social features and ways to watch TV on the Xbox One back in August.

This included a new media player app that lets users play media files from either an attached USB device or from a network connected home media server that supports DLNA protocols.

Last month Microsoft also launched a USB-attached TV tuner for the Xbox One in the UK, France, Germany, Italy and Spain. This lets users watch TV on the console as well as stream TV across their home network to their smartphone or tablet using the Xbox SmartGlass app.

“When Xbox One launched, we said we were deeply committed to our fans and our ongoing service updates have delivered hundreds of new features throughout the year,” said Microsoft.