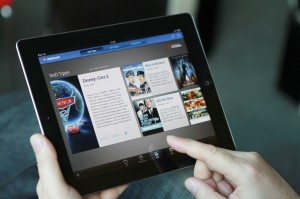 The operator’s TV 2.0 offering, launched in the spring, had attracted 152,000 customers by the end of September, most of whom upgraded from the legacy platform. TV 2.0 includes a range of advanced features such as cloud-based recording.

Growth in the TV base was based on growth n bundled offerings, with the number of customers using a bundled package increasing year-on-year by 23% to 1,154 million. Swisscom integrated its TV 2.0 offering into all packages.

Revenue from bundled contracts rose by 24.4% to CHF1.405 billion, with the main drivers of this business being television and mobile. The number of revenue generating units increased year-on-year by 332,000 or 2.8% to 12.3 million.

Overall, Swisscom psoted an increase in revenues of only 2% for the first nine months of the year to CHF8.63 billion, with improvements in new services being offset by a decline in the core business. EBITDA was up 3.8% to CHF3.37 billion.