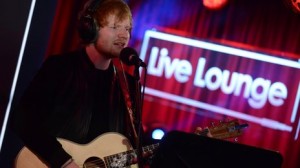 The BBC’s governing body, the BBC Trust, has approved BBC plans to launch a video channel for Radio 1 on its iPlayer catch-up and on-demand service.

Due to launch next week, the new Radio 1 section will broadcast on-demand interviews, recordings of live sessions and other content, which will all be available within the BBC’s now-standard 30-day catch-up window.

In its approval document, the Trust said that the iPlayer channel will build on Radio 1’s existing YouTube channel, which has now claims more than 1.5 million worldwide subscribers – some 330,000 of whom are in the UK – and has notched up over 350 million views.

The Trust said that a Radio 1 area of iPlayer would benefit younger audiences, “providing music and related content in the way they want to access it, and providing a gateway into the wider iPlayer.”

It also predicted that the launch of the channel will lead to an incremental 310,000 hours of iPlayer viewing per month.

“Younger people are a key and sometimes hard to reach audience for the BBC and other broadcasters, and we agree that this plan will help the BBC to reach them,” said BBC Trustee Suzanna Taverne.

“It will build on the great success Radio 1 already has online, although it will be important to ensure that everything available through the iPlayer area is consistent with Radio 1’s distinctive identity.”

The BBC first announced plans to launch the Radio 1 iPlayer channel in October last year. The Trust greenlit the plans, concluding that they did not require a public value test – the regulatory process for any proposed new BBC service or significant change to a service.

The news comes a month after the BBC extended the catch-up window for the iPlayer service from seven to 30 days.

In March, the corporation confirmed that it is putting plans in motion to close youth-skewing digital channel BBC Three in autumn 2015, with the BBC expected to move some of the channel’s content to the iPlayer instead.