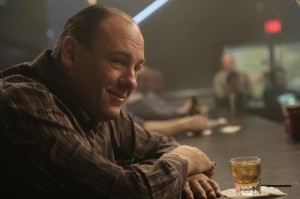 Canadian telco and broadcaster Bell will launch a TV streaming service with content from HBO and several Hollywood studios.

The service does not have a name, but is code-named Project Latte, and said it will differentiate itself from services such as Shomi by offering exclusive fare. Shomi is the Netflix rival announced by Bell rivals Rogers Communications and Shaw Media in August that will roll out later this year.

It is programmed with content from the partners cable nets with some originals being added. The service will be available on subscribers’ connected devices.

The exact content line–up is yet to be announced, but Latte will have the entire HBO back catalogue, giving it series including The Sopranos, The Wire and Sex and the City. Bell said the HBO fare will comprise about 10% of the total catalogue.

“Project Latte addresses a significant gap in the Canadian TV system and allows TV providers to greatly enhance the value they provide to their clients,” said Kevin Crull, president, Bell Media. “We are incredibly excited about the potential for this product and how it fits into our overall portfolio of Canada’s best television brands and programmes.”

Mike Cosentino, senior VP, programming, Bell Media, added: “Our singular focus on TV series, along with our established studio relationships in Hollywood and beyond, means we are uniquely positioned and hyper-focused on delivering the best TV programmes to the most-devoted TV lovers.”