Cyfrowy Polsat’s Libicki quits over differences in implementation of strategy 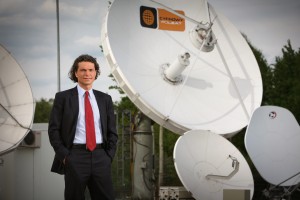 Libicki is departing after 20 years with the Polsat Group, Poland’s leading commercial broadcaster. Cyfrowy Polsat said in a statement that its board would press forwards with their existing strategy, and emphasized that the differences with Libicki related only to execution rather than the overall strategic direction of the company.

Libicki’s resignation caught Polish media by surprise, and no details have been reported of the exact nature of the disagreement that led to his departure.

Polsat founder Zygmunt Solorz-Żak said Libicki was “one the best managers with whom I’ve had thhe opportunity to work” and thanked him for his contribution. “I hope that despite the differences of opinion as to how to implement our strategy, our common child, Polsat Group, will continue to develop successfully,” he said.

“With hard work, determination and the enormous commitment of many people we managed to survive many difficult moments and create the largest media and telecommunications group in Poland and one of the largest in Europe,” said Libicki of his time with Polsat.

Tomasz Gillner-Gorywoda, currently the CEO of Polkomtel, the mobile operator in which Cyfrowy Polsat has a majority stake, will replace Libicki  as Cyrowy Polsat president.