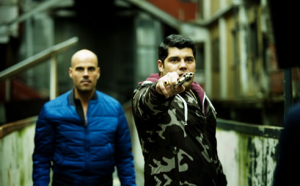 On-demand service Wuaki.tv has scored a content partnership with UK home entertainment distributor Arrow Films that will hand it shows such as Italian crime series Gomorrah.

Wuaki has been building a catalogue of Hollywood and independent titles for its subscription base, and this latest deal means it will offer TV and movie titles from Italian, Norwegian and Israeli producers for the first time.

Gomorrah, which first went out through Sky Italia, will be added to a ‘Nordic Noir’ section, which houses other new titles such as The Killing, Wallander and The Bridge.

Further TV series from the deal include Keshet’s Prisoners of War, French procedural Braquo and Australian political drama The Code. Films include God’s Pocket, The Stag, Arthur and Mike, A Touch of Sin, A Thousand Times Goodnight and Like Father, Like Son.

“Our users aren’t purely interested in the latest Hollywood blockbusters, we see a desire for a more diverse range of genres and movie styles from all over the globe”, said Simon Homent, European content director at Wuaki.tv.

“The addition of some of the most popular cult TV series and movies from across Europe will set Wuaki.tv apart in a market that focuses on Hollywood content, and we will continue adding to it in future.”

Arrow bills itself as a multiplatform rights distributor.