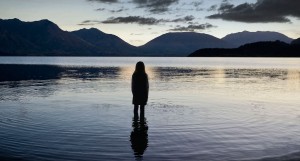 AMC and the BBC collaborated on drama series Top of the Lake.

The US listed channel operator and the commercial arm of the UK public broadcaster confirmed the deal, which had been widely anticipated, yesterday, and it sees AMC’s stable of US cable nets allied with Worldwide’s BBC America.

Worldwide will retain a majority stake in BBC America but AMC will have operational control and handle ad sales, carriage negotiations and programming. AMC will also rep the BBC World News channel in the US.

AMC runs the core AMC channel as well as IFC, Sundance and WEtv in the US. It will consolidate the results from the BBC joint venture in its results.

BBC America is carried in 80 million homes in the US – where 100 million is full distribution – and runs BBC shows including Doctor Who and Top Gear. However, BBC Worldwide also sells programming to US broadcasters and cable nets, taking a raft of BBC titles off the table.

Worldwide’s US business will focus on programme sales, coproduction, consumer products and live events in the wake of the AMC deal.

AMC and the BBC have collaborated on several drama series including Top of the Lake, The Honourable Woman and the upcoming One Child. Announcing the new joint venture the partners said they will jointly work up new scripted programming.

Announcing the new joint venture the partners said they will work up new scripted programming: “As part of the agreement, AMC Networks and BBC Television have agreed to continue to jointly pursue a number of content investment opportunities on a range of future projects, both through BBC America and other AMC Networks channels,” the pair said in a joint statement.

Josh Sapan, AMC Networks president and CEO, said: “A combined AMC Networks-BBC AMERICA channel group creates a powerful collection of networks that are among the most critically-acclaimed, with distinct dramas and other potent content that creates a deep connection with viewers. Our content rises to the top on many levels and is particularly well-suited to an era of on-demand viewing and expanding consumer choice.”

By region, North America is the largest earner for BBC Worldwide internationally although revenue and profit declined in the most recent reporting period.

Tony Hall, BBC director-general and chairman of BBC Worldwide, said: “The US is an important market for the BBC’s commercial activities. This partnership brings together the whole BBC and will help usreach new audiences in the US, strengthen BBC America’s position for the long term and create opportunities for the UK creative community. This partnership means we can produce even more top quality drama together.”