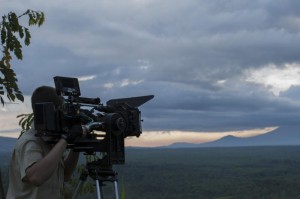 Netflix has confirmed it has picked up exclusive rights to Virunga, the feature doc that follows park rangers in the in the titular national park, in the Democratic Republic of Congo as they battle against poachers. Hollywood star Leonardo DiCaprio has also joined the doc as an exec producer.

DTVE sister title TBI first reported in July that Netflix had exclusively picked up Virunga and the US-listed streaming service made an official announcement to that effect last Friday (October 17).

The critically-acclaimed project, which is billed as ‘part investigative journalism and part nature documentary’ was shown at this year’s Tribeca Film Festival and will have a limited theatrical release in the US.

The film is produced by Violet Films with the Bertha Foundation and Grain Media. London-based Grain has handled international sales but Netfix has exclusive international rights for three years as part of its deal for the show.

Orlando von Einsiedel wrote and directed the feature doc. The feature-length project follows a doc series he made about the same national park for the Earthrise strand on Al Jazeera’s English-language channel.

DiCaprio’s Appian Way prodco now also has a production credit and the movie star is an exec producer.

“Films like Virunga are powerful stories that are a window into the incredible cultural and natural diversity of our world, the forces that are threatening to destroy it, and the people who are fighting to protect it,” DiCaprio said. “Partnering with Netflix on this film is an exciting opportunity to inform and inspire individuals to engage on this topic.”