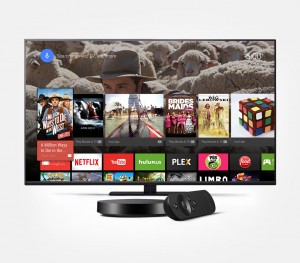 Google announced the player, the first device to run Google’s new Android TV operating system, last week and was due to begin pre-sales of the device on Friday.

However, the purchase link is no longer available on the Nexus Player site, and Google has posted a statement on the page reading: “This device has not been approved by the Federal Communications Commission. It is not for sale until approval of the FCC has been obtained.”

Google touted the Nexus Player as a “first-of-its-kind Android gaming device,” as well as a streaming media player for movies, music and videos.

The FCC regulates interstate and international communications by radio, television, wire, satellite and cable in the US.