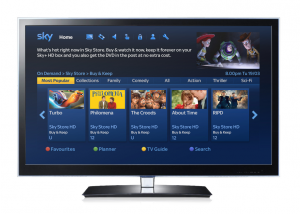 Pay TV operators are gearing up to tap into what they expect to become a burgeoning electronic sell-through (EST) market with a series of launches of new services, MIPCOM attendees heard yesterday.

Speaking on a panel session on sell-through, or ‘Digital HD’ (DHD) to use a term current in the US market, Nicola Bamford, director of BSkyB’s Sky Store offering, said the video ownership market in the UK is still seven times greater than the rental market and as such represented an obvious area of business for BSkyB to get into. “We got in because of the size of the opportunity,” she said.

In addition to delivering a digital copy of content to set-top boxes, Sky Store also provides a physical DVD. Bamford said that UK customers liked to have a physical asset as well as the electronic copy for viewing on multiple devices. She said that retail closures meant the impulse DVD market is also disappearing from the high street, giving Sky has an additional opportunity to tap into pent up demand. Bamford said UK consumers found Sky’s content discovery tools in particular useful and easy to use.

Across the Channel, France saw a 5-8% decrease in the VoD market in 2013, according to Bernard Tani, VP, VoD and acquisitions, Orange, indicating the overall strength of the desire of consumers to view content on demand. Speaking on the same panel, Tani said Orange had decided to soft launch a sell-through product earlier this year and expects to have 1,000 titles available by the end of the year. The service will deliver the right to stream an asset to TVs via its set-top boxes for five years, with downloads to Macs and PCs with no time limit on use.

Tani said that Orange’s soft launch had validated the concept of the early EST window, even with availability to a single screen. The company will launch the full TV everywhere version of the service Including both the right to stream for five years, plus download-to-own, at the end of this year.

Susanna Hermida Barbato, executive board member at NOS Lusomundo Audiovisuals in Portugal, said that NOS had seen an opportunity in a highly developed pay TV market. “We’re at the tip of the iceberg for EST. We’ve soft launched a product,” she said, adding that NOS is testing the market and targeting pay TV customers first with its offering.

Barbato said NOS had initially launched an OTT service before targeting set-top boxes, which is the preferred device for people using the service. NoS has now made content available on multiple devices and the next stage is to integrate EST with VoD, so that consumers can choose whether to rent or buy immediately. NOS will probably introduce a full marketing campaign for the service next year, she said. Barbato said that digital customers wanted new releases but also buy older titles. One challenge, she said, is to take on illicit services.

Peter Ohman, head of content at SF Anytime in the Nordic territories, also speaking on the panel, agreed that EST is something that can work in parallel with VoD, giving the user the opportunity to own rather than rent. He said that in the long term EST could enable service providers to take on piracy.

Attendees heard that cable, satellite and IPTV companies now account for about a quarter of the EST market in the US and France, and up to 40% in the UK.