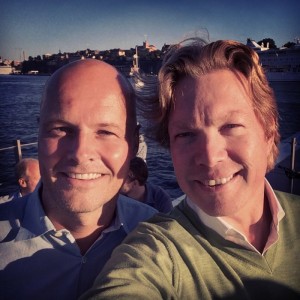 The division is built around three main ‘pillars’: MTG’s paid video streaming service, Viaplay; an online ad-focused division, called Play; and Ventures, which is responsible for building, partnering and investing in a portfolio of new entertainment services.

“The MTGx mission is to accelerate MTG’s transformation from a traditional media house to a digital powerhouse. Arnd will manage and build the MTGx portfolio of new digital businesses,” said MTG, announcing the appointment.

“The focus will be to explore new entertainment verticals and transactional services where MTG has growth potential, such as music and gaming. He will also play a driving role in growing MTGx’s video centric businesses on YouTube.”

At ProSiebenSat.1 Media, Benninghoff was chief digital officer for digital and adjacent, and was responsible for developing the firm’s digital business – focusing on strategic growth, with a particular emphasis on video, mobile, and gaming.

He has also previously served as managing director of Seven Ventures, the venture arm of ProSiebenSat.1 Media Group.