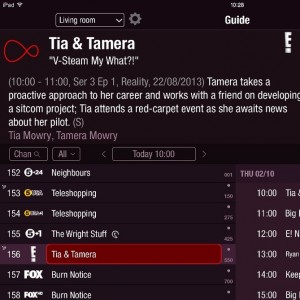 The Al Jazeera channel will be available in English and Arabic, while France 24’s English and French language channels will both be on offer.

“The new channels we’ve added will enable customers to keep up with the news from around the world, ramp up the suspense with an exciting drama or listen to the latest music on the go,” said Scott Kewley, Virgin Media’s director of digital entertainment.

“Their arrival means we’ve more than doubled the amount of channels available on the go to our TV customers since the service launched two years ago, further extending our lead as the provider of the most comprehensive entertainment-anywhere service in the UK.”

The new additions bring the number of channels available on Virgin’s mobile TV service to 107.

Virgin Media has added 45 live channels online and 65 to the app since Virgin TV Anywhere launched in November 2012, with two more “major entertainment channels” due to arrive next month.