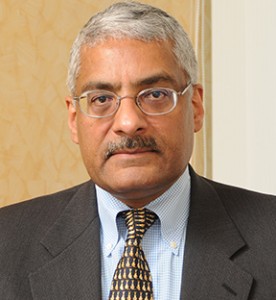 The rise of Netflix and like-models is reducing the overall value of the entertainment industry and the home entertainment business has to rise to the challenge of the digital era or it will face long-term decline, according to Man Jit Singh, president, Sony Pictures Home Entertainment.

The home entertainment revenue stream remains important both for studios and retailers. For platforms, electronic sell-through (EST) is offering new revenue streams, first in the US and now in Europe, said Singh, speaking at the PEVE Entertainment Business Futures 2014 conference in London this morning.

Total consumption of entertainment and demand for Hollywood movies has never been higher, said Singh. Added demand has been stimulated by growth in video playback devices, he said. “People can consume DVDs and Blu-rays and they can purchase or rent digitally on computers, set-top boxes, tablets and phones,” he said. “Some of these new models have grown much faster and have changed consumption of entertainment at home,” he said, citing the example of Netflix.

However, said Singh, with all this increased consumption, there is a concern that the amount of entertainment that can be consumed will reach a maximum. “Home entertainment revenues have actually declined over time because the models of SVoD, VoD and rental are inferior to sell-through,” he said. Netflix is now about 45% of consumption and the revenue per title consumed is much less than with sell-through, he said.

Piracy is another threat to home entertainment revenue. There are almost three times the piracy streams in Europe than in the US – and even more in Asia, said Singh. “Unless we come together to fight it, this will continue to grow,” he said.

Singh cited the example of the Nordic market as one where things went badly wrong. The Nordic market has declined by 30% over the last two years, he said. Consumers were not educated about the value of “recency”, allowing companies including Netflix to erode the value of the retail business. At the same time, piracy in the region bloomed as retailers were not educated about how to fight it.

By contrast, the US market’s decline has flattened out thanks to the industry coming together, said Singh. Retailers have moved from the physical sale of entertainment products like DVDs to the digital sale as consumer patterns changed and legislation had been put in place to effectively combat piracy and take down offending sites.

“We feel Europe is at an inflexion point,” said Singh. “We need to understand quality, value and convenience [for the consumer].”

Singh said that with regard to quality, consumers need to be educated about the value of Blu-ray and HD, which provide the best margins for producers like Sony. It is important in particular to drive awareness among the millennial generation about the value of high-quality video and sound and the merits of high-end home entertainment systems, he said. “We need to promote Blu-ray with a 4K TV before we get to 4K TV because there is a significant improvement in quality there for your home theatre,” he said.

Regarding value, it is important to aid search and find ways to curate content to meet consumer’ needs. Sony has also tried to bundle hardware with content to increase value. Singh said distributors should also look at making content available in earlier windows..Early availability is still seen as a real positive, said Singh.

Despite the challenges, Singh said consumers can be taught to appreciate that ownership has value. He cited the statistic that consumers had watched purchased movies 4.6 times in 2012, up from 2.8 times in 2009, he said.

Singh said the industry had to help manage the transition from physical to digital sales. The UK is expected to spend 53.8% on digital products by 2017, ahead of the US with just under 50%. Getting digital content onto the TV is central to this, said Singh. “We need to get this seamlessly to consumers,” he said. UltraViolet will also be useful in enabling consumers to port their purchase across devices, he said. Retailers also need to be helped to bring about the change. UltraViolet offers value to consumers, but there is still room for improvement, said Singh. “This is the key to porting both physical and digital libraries,” he said. Satisfaction with UltraViolet has increased, with the sign-up process now being seen as easier than was hitherto the case, but there are still challenges to winning consumer acceptance of the technology. “There is still a long way to do,” he said. The industry had lowered barriers to entry but there is still a need to make the user experience simpler, for example to enable the consumer to put all of his or her digital library in the digital locker.

Unless the industry drives value, it will continue to decline, warned Singh.

Singh said that traditional linear broadcasting could be enhanced with digital distribution, which can provide extra features to build user engagement. The physical business now faced a transition to digital, and the industry has to give the consumer a ridcher digital experience, he said. With digital, it is possible to feed new features to lockers on an ongling basis, which is not the case with physical productrs, eh said.

Singh said if retailers could reproduce consumers’ physical libraries in their digital lockers, that would be a huge boon, he said.

Singh said all Sony devices have a plan for UV. PlayStation is in the process of implementing its UV strategy and of migrating from being a game devices to a central device for the living room. “There is a roadmap for all of our devices to have UV,” he said.

Adoption of Blu-ray is still slower than might be expected, so while 4K Blu-ray will emerge eventually, consumers are currently confused by the plethora of formats out there, he said.