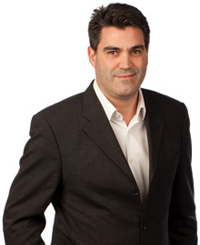 BBC Store, the UK public broadcaster’s planned electronic sell-through proposition, will be launched in the second quarter of next year and will later be integrated with the BBC iPlayer catch-up service, according to Marcus Arthur, president of UK and ANZ, BBC Worldwide.

Speaking on a panel session at the PEVE Entertainment Business Futures conference in London this morning, Arthur said BBC Store will allow people to browse and purchase content from BBC iPlayer in a locker that could include both iPlayer free-to-view videos alongside purchased content.

“This is a massive opportunity to drive EST,” said Arthur. To ensure platform neutrality, BBC Store will inform consumers that they can also buy content elsewhere, for example via Amazon or iTunes.

Arthur said that the platform would enable the BBC to monetise a vast bank of content that has not been available until now. “Only 6% of BBC product has ever been available to buy. We hope this will do for downloading what iPlayer has done for catch-up,” he said. “Crucially for us it is as much about the archive as it is about current content,” he said.

Arthur said the corporation had a huge challenge in educating licence fee players that content that is available for free up to 30 days after broadcast would be available for purchase via a button on iPlayer after that. “We are going into this deep,” he said.

Arthur said that DVD sales remained an important part of BBC Worldwide’s business. He said BBC Worldwide had hoped that the UltraViolet digital locker system would be a “silver bullet” to halt the decline in DVD sales. However it had been “a bit disappointed” that the technology had not been adopted more rapidly in the UK in particular. He pointed out that the UK DVD business had declined from sharply over the last few years but digital sell-through business remained tiny by comparison.

“Access and convenience for the consumer is crucial. Make it convenient for the punter to get their DVD archive onto the TV and they will adopt,” he said.

UPDATE: A spokesperson for BBC Worldwide said that while the BBC Store is due to launch as a standalone product by  Q2 2015, no date has yet been set for its integration with the iPlayer.