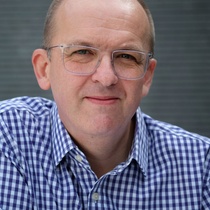 Thexton, Cisco’s vice president and CTO for its video software solutions group, is due to start his new role on November 3.

He takes over from Chris Bramley, who was appointed YouView CTO in September 2011. He joined from BSkyB where he was previously chief architect.

Commenting on Thexton’s appointment, YouView CEO Richard Halton said: “We are delighted that Nick is joining as our new CTO, he brings deep knowledge of the sector and a global perspective to an already well established technology team.

“His appointment combined with the backing of all seven shareholders for another five years, with the impetus of increased investment makes this an exciting time to be part of the YouView story.”

The hire follows a recent announcement by YouView that it is starting a recruitment drive that will expand its technology team by over 50%.

In the next 12 months, YouView said it will add more than 50 product designers, developers and test engineers to its workforce in roles that will lead the next stages of its connected TV development.

YouView’s TV service is now more than 1 million connected UK homes and it has a long-term target of reaching 10 million.

Thexton was previously senior vice-president and CTO at NDS before it was acquired by Cisco. Before this, he began his career in broadcasting by working at Thames Television and Channel 4.