Mobile operators not making use of available spectrum, says report 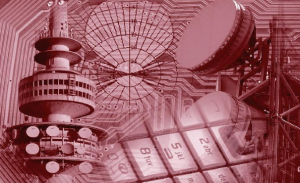 Mobile operators are not using all the spectrum currently available to them, either because it has yet to be licensed by regulators they have simply neglected to use it, according to a study by LS Telcom.

The study found that most countries have at least 150MHz of additional mobile spectrum that which is regionally harmonised and therefore ought to be available right away, which is yet to be licensed. It claimed that almost every country could make available at least another 200MHz of spectrum that is more widely recognised as being usable for mobile without further allocations at the World Radiocommunications Conference (WRC-15) next year.

The study said that the 700MHz band spectrum – currently being defended in Europe by broadcasters for DTT – has yet to be licensed for mobile in most countries, as has the 2600MHz band, which contains nearly 200 MHz of IMT spectrum. Of the spectrum which is licensed, up to 30% has not yet been put into service by network operators, the study said.

“The wireless industry’s thirst for precious spectrum resources, when additional frequencies are at its disposal, is a serious problem,” said  the Global VSAT Forum (GVF) and the European Satellite Operators Association (ESOA) in a joint statement.

The satellite industry is concerned about the threat currently presented to C-band spectrum, due to be discussed at WRC-15. According to the GVF and ESOA, groups that would be adversely affected by the wireless industry’s attempts to take more spectrum include user groups that depend upon C-band satellite services to support mission-critical applications, such as disaster response, civil aviation, and humanitarian education, health and other social services.