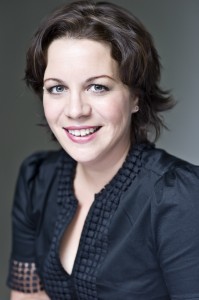 The managing director of Freesat, Emma Scott, is due to step down at the end of the year, departing after seven years in charge of the UK free-to-air satellite service provider.

Announcing her move, Scott said that she would “seek new challenges in the digital media industries.”

Alistair Thom, Freesat’s finance director and company secretary, who has been with the business since 2011, is due to take over as managing director from January 1, 2015.

“I am immensely proud of what we have achieved at Freesat since our inception seven years ago. Freesat now offers viewers who do not wish to pay a monthly subscription a state of the art connected television service,” said Scott.

“Freesat has built this service, now used in almost 2 million homes, by embracing new ways of curating content and by harnessing technology that looks to the future. I am particularly proud of Showcase, the only editorially driven recommendations service on a UK TV platform, and of the Freetime connected TV service,” she added.

Freesat is a joint venture between UK broadcasters ITV and the BBC and offers more than 200 TV, radio and interactive channels, including the on-demand services BBC iPlayer, ITV Player, 4oD and Demand 5.

Scott initially joined Freesat as launch director at the BBC before becoming managing director in 2007.