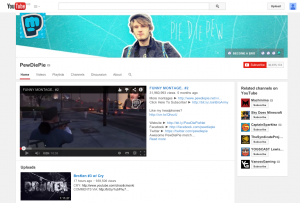 YouTube has announced plans to fund videos from some of its “top creators” in its latest effort to help support premium content on the site.

In a blog post, YouTube said “we feel the time is right to make another important investment in our creators” having initially invested in 100 original US channels in 2011 – a scheme it later introduced in Europe.

YouTube said in the post that 86 of those channels are now “among the top 1% of YouTube’s most popular,” but claimed that “the real sign of success was the massive global fan base our creators built.”

“As any creator will tell you, making compelling new content isn’t easy, and we expect to learn a lot through this process. We’ll experiment with new formats and ideas. We’ll get our hands dirty. We’ll make some mistakes. Together, we’ll (hopefully) create some fantastic new content on YouTube. But one thing is certain: there’s no one we’d rather go on this adventure with than our creators,” said head of YouTube originals, Alex Carloss.

Though YouTube did not reveal the level of funding, or the specific content creators it would support, as part of its new investment drive, it said that the move followed other steps to help its video-makers like the establishment of its YouTube Spaces studios in LA, Tokyo, London and soon New York.

“This year, we’ve expanded our support to full-scale marketing and advertising campaigns, helping turn successful creators with large fan bases like Bethany Mota and Epic Rap Battles of History into household names, broadening their appeal to new audiences. These campaigns started in the US but we’re now extending them to places like the UK, France, Germany and Brazil to ensure that creators around the world can continue to serve as beacons for the creator community at large,” said Carloss.

News of the new YouTube funding comes just weeks after the Wall Street Journal reported that Facebook had approached some of YouTube’s biggest content producers, encouraging them to test distributing their videos directly through the social network.