Horizon ‘not fantastic’ when it launched, admits Liberty’s Dorr 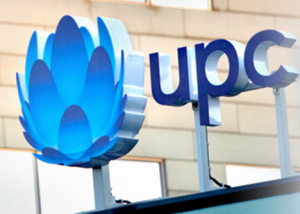 Speaking on a panel named ‘re-imagining the marketing playbook’, Dorr, who is Liberty’s managing director of strategic marketing, sales and care, was asked to candidly discuss something that the company had not done well at in the past.

“We have a great tendency of doing great and bad things at the same time – we collectively call it Horizon,” he answered.

Dorr described Horizon as a “fantastic product” but said it “wasn’t a fantastic product when we launched it,” adding that a hastily deployed taskforce which focused on the product helped to quickly bring it up to speed.

“Only today it is one of the most fabulous TV platforms I’m aware of. But in the context of failures, I think it’s fair to say that we were a little bit too early out of the kitchen.”

Asked to take up the topic of successes and failures, A+E Networks UK vice president of marcomms, Anna Priest, named its Lifetime network as a success story.

“We launched Lifetime in the UK in November and we launched it in Africa in July. Both have been incredibly successful and we will continue to do that in multiple territories over the coming years,” said Priest.

“In terms of failures, I think that sometimes we assume that a programme that’s worked really well in the states will translate into our other territories. A big lesson for us has been Duck Dynasty where we just took it lock, stock and barrel and put it over here and said ‘look isn’t this great’. Actually we found that in the UK our audience is actually violently British and didn’t quite attune with the humour and the rednecks that were on that show.”

Also speaking on the panel, Marco de Ruiter, managing director of Fox International Channels, Germany, successfully ducked the success/failure question by saying simply that “there were multiple successes and double the amount of failures.”