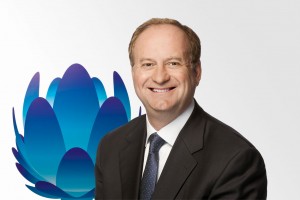 Creating an emotional connection is a big challenge for pay TV operators with branding crucial for the future of the industry, according to Eric Tveter, Liberty Global’s CEO for its Austria and Switzerland region.

Speaking at the CTAM Europe EuroSummit in Copenhagen yesterday, Tveter, who is also CTAM Europe’s chairman, said that operators in the pay TV market have to be focused on the customer – something he claimed Liberty Global is doing on a widespread basis now.

“When I arrived in Switzerland we had a big customer service crisis. Through proper measurement and listening to customers, we’ve improved the customer experience. That’s phase one,” said Tveter.

Citing Apple as an example, he said that becoming a “beloved” company and brand was the “next level” to aspire to.
“I would say that cable companies are not beloved. For that matter, most incumbent phone companies are not. So how do we create a more emotional connection is a big challenge and a big opportunity,” said Tveter. “Branding is crucial for our future.”

Asked what his take was on Netflix’s latest European ambitions, Tveter said: “From my perspective, I would characterise Netflix as a ‘frenemy’ and a co-operator. I see it as more complimentary than competitive. A bit like the early days of cable – HBO versus Showtime. We have Netflix offering one of the pillars of our total TV experience. So from my perspective, I think it creates some challenges but more opportunities.”