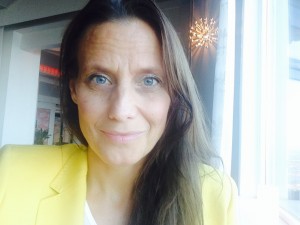 She joins from Stockholm based newspaper and publishing group Mittmedia. At TV4 she will develop the broadcaster’s digital platforms and the content on these services.

Rastner joins TV4 in November and be tasked with using TV4’s content and rights in new ways on new platforms and developing content specifically designed for digital outlets.

Rastner’s is the latest in a series of programming appointments at the Swedish company. Earlier this month Josefine Tengblad took the newly-created position of head of drama and in August TV4 Group elevated TV Åsa Sjöberg to director of content for the group. Cathrine Wiernik was been named head of a restructured formats and acquisitions division in June.

Speaking about Rastner’s appointment, Sjöberg said: “She will now have the very important responsibility to further accelerate our digital transformation, to grow and capitalise on the strength that our content provides digitally, and to develop us to address the increased demand from viewers to watch television on new platforms, when they want, in all programme genres.”

“The television industry is currently undergoing the same digital transformation that has been a reality for many other media and sectors for a number of years,” Rastner said. “TV4 has an incredibly strong brand, fantastic content and enormous expertise among its employees. These provide excellent prospects for driving a digital shift of the business.”

She will be one of five genre heads in TV4’s content group, sitting alongside the chiefs of news, sports, formats and acquisitions and general entertainment.

Each of the programming bosses reports to Sjöberg.