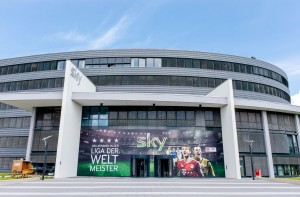 The executive board of Sky Deutschland has advised minority shareholders against accepting BSkyB’s bid for overall control of the company, saying it undervalues the pay TV operator.

BSkyB agreed in July to acquire 21st Century Fox’s 57% stake in the operator as part of its plan to create a new ‘Sky Europe’ comprising itself, Sky Deutschland and Sky Italia, and subsequently offered €6.75 a share for the remainder of the company, a small premium on the current price, 2% above the minimum price required by Germany law.

The move by the executive and supervisory boards had been expected. The pay TV operator’s second largest shareholder, fund manager – and Rupert Murdoch’s former son-in-law – Crispin Odey, had already rejected Sky’s bid in July, saying it significantly undervalued the company.

The boards’ decision against recommending the offer followed a fairness opinion from Bank of America Merrill Lynch, which said the offer was below the target prices of equity analysts before news of the Sky Europe acquisition.

BSkyB has said it can go ahead with its plans to create Sky Europe and realise the potential advantages of the deal without taking control of the remaining Sky Deutschland shares. However, BSkyB will not have access to Sky Deutschland’s cash flow, which is expected to grow in forthcoming years, without taking full control.

BSkyB shareholders are expected to vote on the deal on October 6.