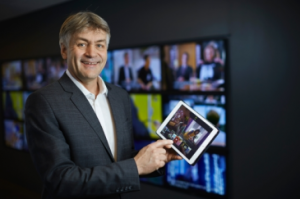 Danish telco TDC Group has acquired Norwegian cable operator Get in a blockbuster NOK 13.8 billion (€1.67 billion) deal, which TDC says will establish it as Scandinavia’s largest cable TV firm in terms of revenue.

TDC president and CEO Carsten Dilling described the deal as “TDC Group’s most significant investment in many years” and a “natural and timely extension” of its business, building on the firm’s existing YouSee cable operations in Denmark.

“It marks an evolution of TDC Group into a leading Scandinavian provider of TV, home entertainment and high speed broadband on the cable platform. It is also a strategic move into the consumer market in Norway within an industry we know very well from having run our YouSee cable business in Denmark successfully for years,” said Dilling.

Get provides TV and broadband to more than 500,000 households in Norway and is the country’s second largest cable TV provider with a turnover of NOK 2.4 billion and profit before tax, interest and amortisation of NOK 1.1 billion in 2013.

TDC said that with the deal it expects to derive a total 29% of group revenue – at 2013 figures – from its cable business, with this share expected to grow.

“TDC Group and Get fit very well together. Get and YouSee can commercially benefit from sharing best practices and collaborate within product development, innovation and content. On a more technical level, we can reap several synergies by combining our networks in a complete Norwegian infrastructure based on fibre and coaxial cables,” said Dilling.

“Get is a well-run business with world class, innovative products. It operates in an attractive market with large growth potential. This growth is underpinned by the very strong economy in Norway. With 2005 as the only exception Get has had two-digit growth rates since 2000 and is today among the most profitable on a European scale,” he added.

Get’s CEO, Gunnar Evensen, who has been in the role since 2000, will continue in his position after closing of the deal, leading the effort to combine the TDC and Get businesses.

“TDC Norway and Get are a strong match and we are enthusiastic with all the new possibilities,” said  Evensen. “With TDC as part of the team we will become an even stronger company which will strengthen our position on the Norwegian market.”

The acquisition is subject to competition approval from the Norwegian competition authorities and it is expected to close in Q4 2014.