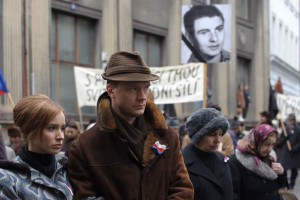 ActiveVideo’s CloudTV StreamCast technology renders user interfaces and bridges online and pay TV DRM and video formats in the cloud. The content and the user interface are delivered as a single interactive MPEG or H.264 video stream via the pay TV QAM or IP network.

Murali Nemani, chief marketing officer, ActiveVideo, said the advantages are a faster time to market and removal of the need to upgrade end point devices through virtualising set-top box functions.

“One of the most important services has been how online services will either compete with linear services or complement them,” he said. HBO operator partners are interested in launching HBO Go as part of the set-top experience. Getting the HTML5 HBO Go app to set-tops is complex and cumbersome so the broadcaster was looking for a cloud solution, said Nemani.

ActiveVideo technology will now bring HBO Go to set-tops for operators. The StreamCast prodiuct can deliver HBO Go to eligible set-tops across Europe, he said. “It is a highly interactive HTML5 app, very different from the current SVoD offering, much easier to navigate and much for satisfying. The content libraries are also very different.”

While SVoD HBO usually offers a couple of hundred titles, HBO Go offers over 6,000 titles. “Mapping this to a much richer navigation experience and integrating it to the pay TV offer so you don’t have to change devices…and delivering it to set-tops whether they are MPEG 2 or MPEG 4, can be handled by us,” he said.

Nemani said from an operator perspective, this means the ability to embrace online content in a way that helps them retain customers and prevent cord cutting.

Nemani said two major yet-to-be-named operators would bring the HBO service to their customers by the end of the year.

ActiveVideo already works with UPC Hungary to bring YouTube to its subscribers, and it also works with Ziggo – with which HBO Europe has a joint venture – to support on-demand services.

“The guys from HBO Europe originally contacted UPC to see how they did YouTube and that is what got the dialogue started,” said Nemani. “The target market for HBO is the 14 countries in which they operate. They are targeting cable operators and also IPTV operators. The third market is DTH operators but the requirement there is we need a return channel so if they have a connected set-top then we are able to deliver the service on those boxes as well.”

He said this is currently an HBO Europe initiative. “There are a lot of eyes on this deployment. If the consumer reaction is like the UPC Hungary YouTube service I think it will scale very quickly.”

Nemani said the service is targeted at reaching the maximum number of set-top boxes. ActiveVideo’s cloud technology enables operators to deliver services to older boxes. “Even the new generation of boxes are underpowered for some of these applications,” he said. “Every operator trades horsepower to keep the cost down but support the greatest possible number of applications. YouTube doesn’t work on the latest Horizon set-top boxes because YouTube uses Mediasource and technology that isn’t in these boxes.”

Nemani said that for Streamcast this is the most significant deal that ActiveVideo has worked on. “YouTube is the other relationship that precedes this but this is our first deal for premium content,” he said.