Two thirds of people use second screen while watching TV 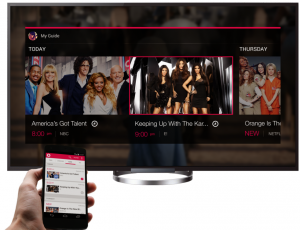 Almost two thirds of people (64%) have used a second screen device while watching TV, behaviour that is changing the way that viewers engage with ads, according to new research.

The latest data, from GfK’s Connected Consumer research, claims that 38% of ‘second screeners’ would like TV ads to be targeted to them and 24% are keen to buy products advertised on TV via a synchronised mobile app.

One in five said that they would like the websites for products, personalities or adverts that have just been shown on television to automatically appear on their computer, smartphone or tablet so they don’t need to search for them. This was up from 13% in 2013.

“What’s fascinating from this research is the sheer pace and depth of change we’re seeing in TV consumption patterns over only 12 months,” said Christine Connor, GfK research director for brand and customer experience.

“Appetite for targeted advertising and for ads to synchronise across all devices being used is growing and this looks set to have a major impact on the way people respond to ads, and the way advertisers and brands use TV to communicate their messages.”

Second screen users said that their laptop or netbook was their most commonly used companion device at 61%, compared to 56% for smartphones and 31% for tablets.