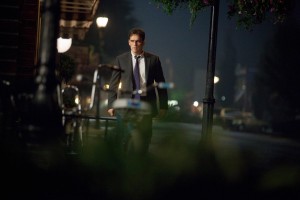 Fox International Channels is bringing together its sales divisions to create a new umbrella distribution group, drafting in ex-Sky Vision exec Connie Hodson as part of a new look team.

The unit will be divided by sports, entertainment and factual lines, and is also now in charge of Nat Geo Channels’ Global Content Sales team. In total, the London-based group oversee networks of sales teams from “several” of FIC’s 62 offices around the world.

“We have put a fantastic team in place whose leadership, strategic vision and insight into the programming sales and acquisition landscape will position FIC as a major player in the distribution business,” said EVP Thomas.

“FIC is uniquely positioned to guarantee a broad, day-and-date global release for key entertainment and factual shows. Through our revamped content sales efforts, we will continue to increase the revenue stream required to attract premium content creators to our brands,” added Hernan Lopez, president and CEO at 21st Century Fox-owned FIC.

An FIC spokeswoman confirmed no one was leaving as a result, nor would any FIC brands be dropped.

FIC’s sales operations have hired a batch of new execs in the past year. These include European media sales VP Jean-Philippe Amos, Helen Choe, Rahul Sood and Alex Lambeek in Asia. FIC has also welcomed top level execs into the fold in Sweden, Italy, Asia Pacific and the Middle East.