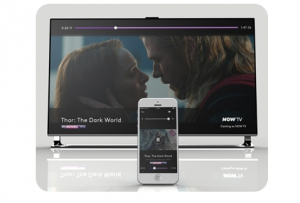 The Chromecast support, which went live yesterday, means that Now TV customers can now click to ‘cast’ the service’s content from their smartphone, tablet or laptop to the TV.

“We’re getting ready for the colder, darker nights and making sure there’s plenty of great TV to watch while snuggled down on the sofa.  Adding the very best of British drama from ITV Encore means TV addicts won’t be short of shows to enjoy this autumn.”

Martin Goswami, director of pay and distribution at ITV, added: “Following the launch of ITV Encore to Sky customers on 9th June 2014, we are delighted to also offer Now TV customers the chance to enjoy our fantastic dramas with the addition of the channel’s catch up content to the Now TV Entertainment Month Pass.”